×
Home » Foods That Start With
10 shares

It’s the wonderful world of W foods. From sweets like waffles and whipped cream to international delights like wontons and wiener schnitzel, foods that start with W offer a wide array of taste bud temptations.

Here is a list of 25 foods you may want to try the next time you are feeling wild, wacky, or worldly.

Food that start with W

A wonton is a type of Chinese dumpling that has fillings inside and is typically eaten after being steamed or boiled. The most common filling is ground pork or shrimp with a small amount of flour used as a binder. For a new twist, try these aAir Fryer Wontons filled with cream cheese.

Don’t let the name fool you. Even though they are called chestnuts, water chestnuts are not nuts at all. They are aquatic tuber vegetables that grow in marshes, ponds, paddy fields and shallow lakes. They are commonly found in Asian cuisines, adding a crunchy bite to some of your favorite dishes. If you want to be a hit at your next party, just whip up a batch of these tasty bacon wrapped water chestnuts.

Whether you enjoy the sweet, rich goodness of a Belgian waffle, a crispy stroopwaffle over coffee, or a frozen waffle in the toaster – there is sure to be a variety that honors the sweet tooth inside of you. Impress your family or roommates this weekend and set up a waffle bar with a variety of toppings like fresh fruit, whipped cream, maple syrup, chocolate chips, walnuts, and more.

This southern delicacy is also known as sawmill gravy. Named such because it provided an affordable and calorie-dense fuel for sawmill workers in the late 1800s. Give your belly a hug and top a warm, flaky biscuit with this classic white gravy recipe for breakfast, lunch, or dinner.

This versatile confection can be used to top pie, ice cream, hot chocolate, fruit, and much more.  Want to feel like a kid again? Fill your mouth with whipped cream straight from the can. Or, if you’re feeling more mature, wow your guests with a homemade version easily ‘whipped’ together using heavy cream, sugar, and vanilla.

A wrap is a dish made with a soft flatbread rolled around a filling. Different cultures use different names to identify a wrap, but one thing they all have in common? Being delicious. Wraps began to hit their stride in Western culture in the 1990’s and can now be found on menus across the country. The variety of fillings is only limited by imagination. Want a good place to start? Try this buffalo chicken wrap.

A Waldorf salad is a fruit and nut salad typically made with apples, celery, walnuts and grapes mixed with a creamy dressing. Make some today using this recipe. The salad is named for the Waldorf-Astoria hotel in New York City, where it was first created for a charity ball.

Wheat is a grass widely cultivated for its seed. World trade in wheat is greater than for all other crops combined! It’s no surprise given wheat’s versatility in food production. It is a major ingredient in foods such as bread, crackers, pasta, semolina, beer, vodka, and breakfast cereals.

The two most common major species of walnuts are the Persian or English walnut and the black walnut. These nutritional powerhouses are rich in antioxidants, a great source of Omega-3s, and may decrease inflammation, just to a name a few. Walnuts are versatile and can be a tasty addition to oatmeal, cakes, salads, or on their own.

Watermelon is a flowering plant species of the Cucurbitaceae family. It was originally domesticated in Africa and has more than 1,000 varieties. This low-cal, sweet, juicy fruit can be eaten as fresh slices, diced and mixed with some feta and mint for an easy summer salad, or you can use the juice in a variety of refreshing cocktails. In China, the seeds are eaten as part of Chinese New Year celebrations.

Worcestershire sauce is a fermented liquid condiment created in the city of Worcester in Worcestershire, England during the first half of the 19th century. The Lea & Perrins brand was commercialized in 1837 and was the first type of sauce to bear the Worcestershire name. It is used to flavor a variety of dishes such as chili con carne and beef stew.

In spite of its name, wild rice…is not rice. It is seed of an aquatic grass like rice but it is only referred to as rice because it looks and cooks like other types of rice. Cooked wild rice has about 30% fewer calories than brown rice as well as 40% more protein. It is gluten-free and rich in antioxidants. Pair this healthy, flavorful side dish with a variety of proteins or just add vegetables for a vegetarian dish.

This root vegetable comes in small, tender varieties for human consumption and larger varieties to feed livestock. Turnip leaves, or turnip greens, are a common side dish in the southeastern United States. Turnips are a biennial plant, taking two years from germination to reproduction. Did you know that turnips are carved out as lanterns for Halloween festivals in the Isle of Man, Ireland and Scotland?

Wakame is one of the major types of edible seaweed. It is widely used in Asian dishes like soups, salads, and as a side dish for seafood. It differs from nori, which is used in sushi, because nori comes in flat, dried sheets. Wakame usually comes in the form of strips that are somewhat shriveled up. It has a briny, salty, umami flavor.

Winter squash is a bit of a misnomer because they are harvested in the fall. However, they have a long shelf life and can survive during the cold winter months if stored properly. Unlike summer squash varieties, winter squashes typically have a tough, inedible skin. Varieties include butternut, spaghetti, acorn, and pumpkins. They can be used in a variety of different ways and are high in fiber and vitamin C.  For a quick, healthy side dish try this air fryer spaghetti squash recipe.

Technically, white chocolate is not a chocolate because it doesn’t contain chocolate solids. Though white chocolate contains extracted cocoa butter, it lacks the component that defines real chocolate. That doesn’t make it any less delicious, though. Dip some strawberries or raspberries in melted white chocolate for a “healthy” treat. If you want to kick it up a notch, try these blonde brownies or no-bake peanut butter marshmallow white chocolate clusters.

Whatever you do, don’t mistake wasabi paste for guacamole and unknowingly set your senses on fire. Instead, enjoy this Japanese horseradish in small quantities to add a little heat to your day. Wasabi is considered Japanese horseradish and like traditional horseradish, it stimulates the nose more than the tongue. Wasabi is generally sold as a stem that must be finely grated before use, as a dried powder, or as a ready-to-use paste in tubes. It is a popular addition to sushi or as a coating for roasted legumes such as peanuts or peas.

Waffle fries are almost synonymous with Chick-Fil-A. The fast food chain popularized the fry shape in 1985. The unique shape provided a more even cooking method and gave customers a larger surface for dipping sauce. You can now find bags of frozen waffle fries in a variety of flavors like plain, seasoned, and sweet potato at your local supermarket. Break out your air fryer and get your fry on any day of the week!

Ok, you caught me. Wine is a liquid but it’s made from grapes, so just go with me. Wine has been produced for thousands of years dating all the way back to Italy in 4000 BC and has played an important role in many religions. There are numerous styles of wine including red, white, sparkling, fruit, rose, dessert, mead, and starch-based such as rice wine.

What? Another liquid? Water is vital for all known forms of life, even though it provides no calories or organic nutrients. So, I’d say it’s pretty important. Not only does it fuel our bodies but it is used in agriculture to produce much of our food. While humans intake a about 20% of their daily water via food, it is recommended that we drink around 15.5 cups of water a day for men and 11.5 cups for women. This may need to be modified based on activity level, if you’re pregnant or breast-feeding, outside temperature, and overall health. If you want to jazz up your water, try this watermelon infused version.

Another potent potable, whisky is a type of distilled alcoholic beverage made from fermented grain mash. Various grains, such as corn, barley, rye, and wheat, are used for different varieties. It is typically aged in wooden casks made of charred white oak. It can be enjoyed neat, over ice, or as part of a cocktail such as an old fashioned.

German wurst is a key component of German national heritage. There are more than 1500 varieties and includes not only sausages, but any type of smoked, cured, or preserved meat. The sausages can be divided into four categories: raw, cooked or parboiled, boiled, and the special ham category, divided into smoked, cooked, or dried ham.

White rice is milled rice that has had its husk, bran, and germ removed. This alters the flavor, texture and appearance of the rice. It is available in short, medium, long, and extra long grain varieties. The shorter the rice, the softer and stickier it is. Jasmine, arborio, basmati, and parboiled rice also fall under this category.

White vinegar – it’s not just for cooking. This versatile vinegar can be used for cleaning, gardening, cooking, and even has some medicinal applications. Standard white vinegar is a clear solution generally containing 4-7% acetic acid and 93-96% water. Today, most white vinegar is made from the fermentation of grain alcohol (ethanol). Some of its most popular kitchen uses are pickling, salad dressing, marinading, baking, and cheesemaking. 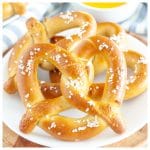 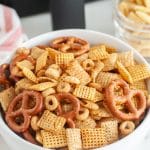 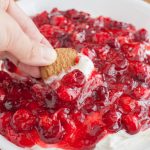 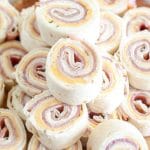 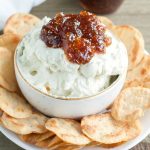