Southwest hash brown waffles are full of cheese, vegetables, spices and of course hash browns. All the ingredients needed for a delicious side dish! 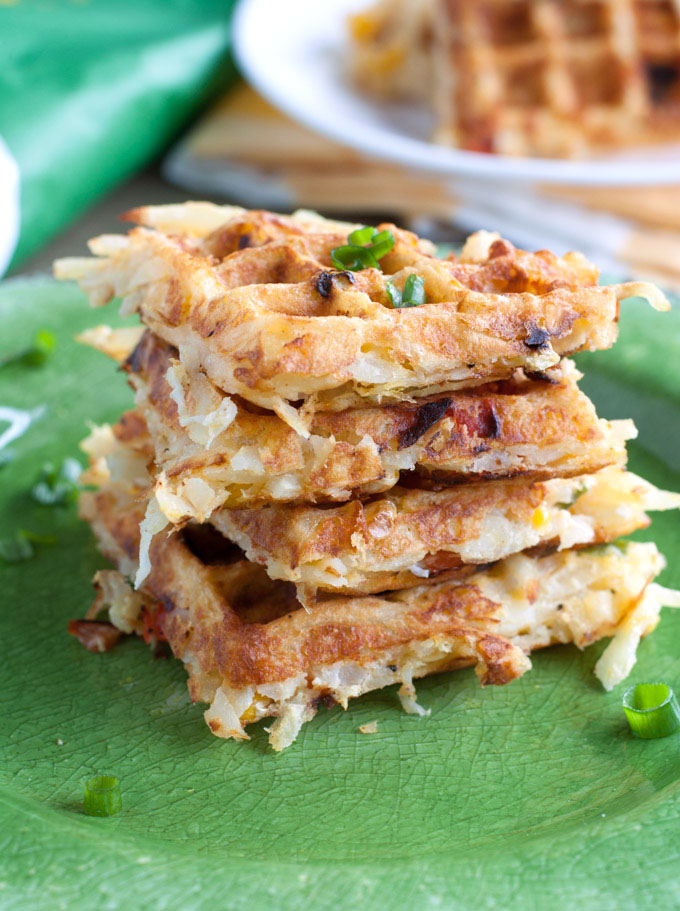 Southwestern hash brown waffles prove that a waffle iron can be used for more than just breakfast. I like to have a little fun with my food, especially when I have 3 kids to feed. That is why I love these waffles! I am able to disguise a few veggies in the shape of a waffle. Win! They are also easy for little hands to pick up and eat. 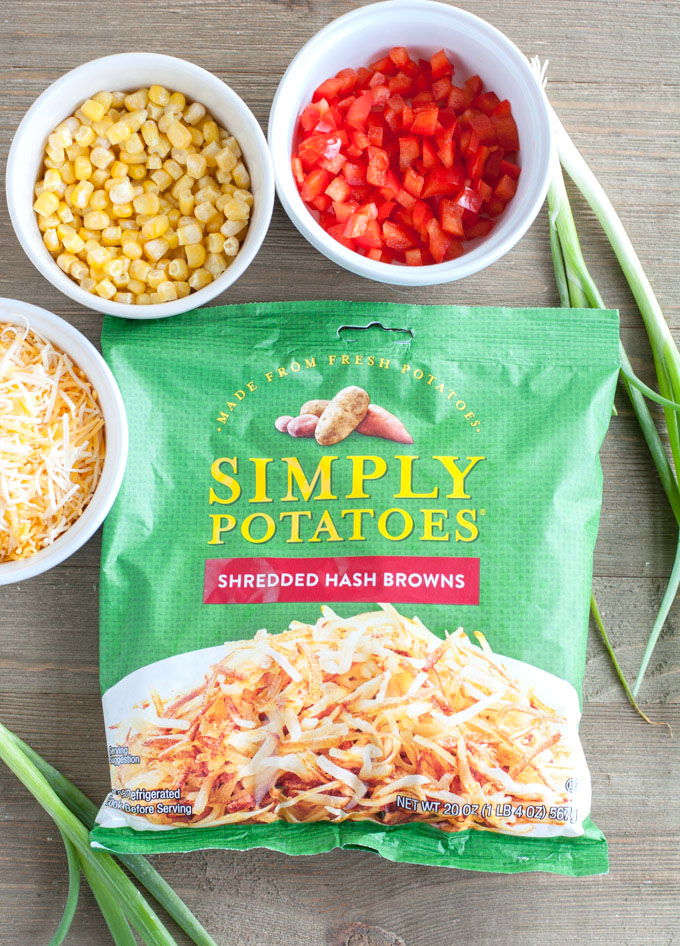 The wonderful thing about these waffles is they cook up fast. Using Simply Potatoes® shredded hash browns makes it even easier to prepare these in a flash. Forget, washing and shredding a potato, these Simply Potatoes hash browns do all the work for you and are fresh and never frozen. They can be found in the refrigerated section of the local grocery store and are available in several different varieties like mashed potatoes and diced potatoes. 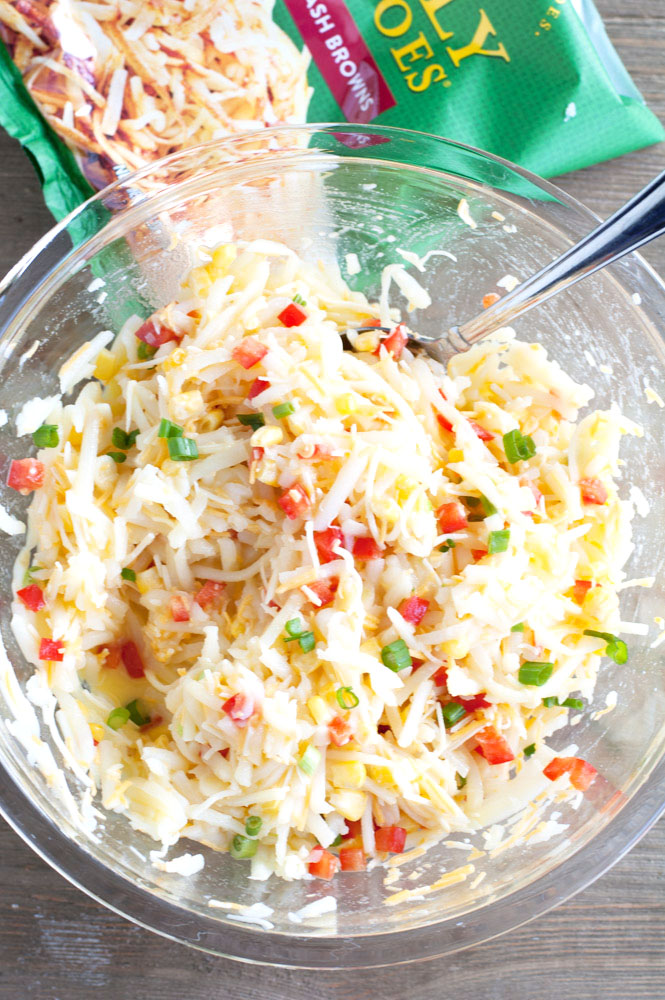 How to make hash brown waffles

These waffles are so easy to make. Start by whisking together eggs and milk in a large bowl. Next, stir in Simply Potatoes® shredded hash browns , peppers, onion, cheese, corn and spices. Make sure everything is well mixed and then place a layer of the mixture on a preheated waffle iron coated with cooking spray. Cook for 5-6 minutes or until the crust is golden brown. 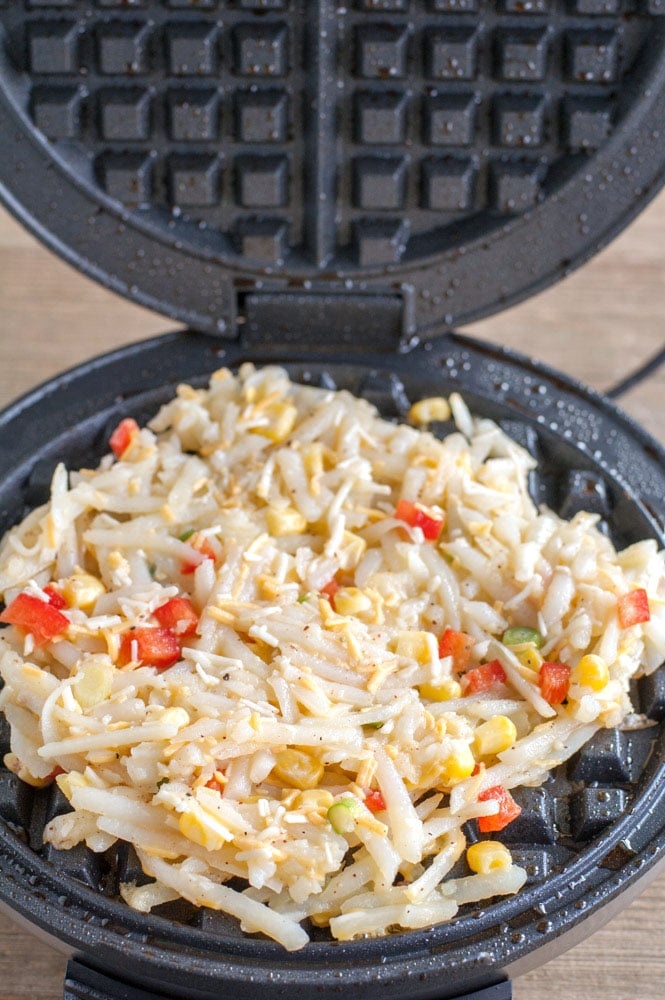 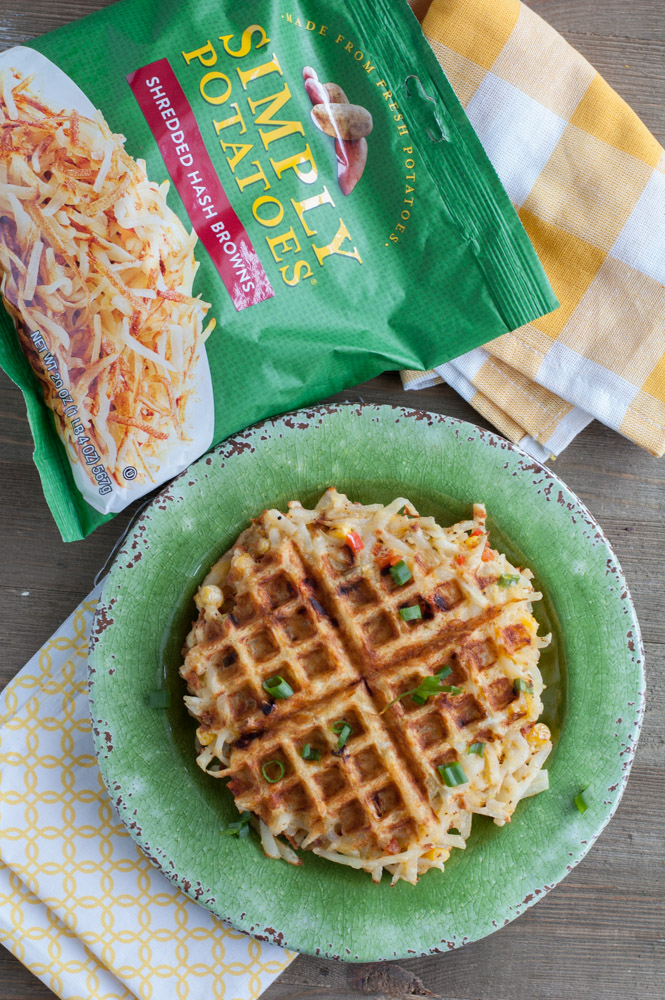 I love serving these with chili or potato soup. You can dip them or even spoon the chili on top of the waffles. They are also great served with a dollop of sour cream and avocado. Yum! 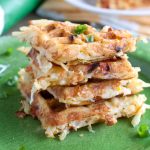 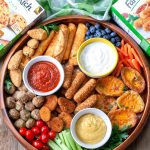 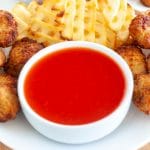 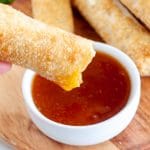 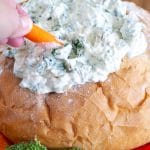 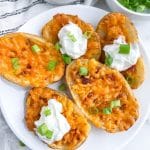